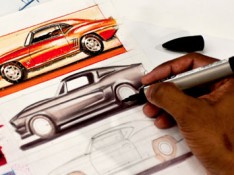 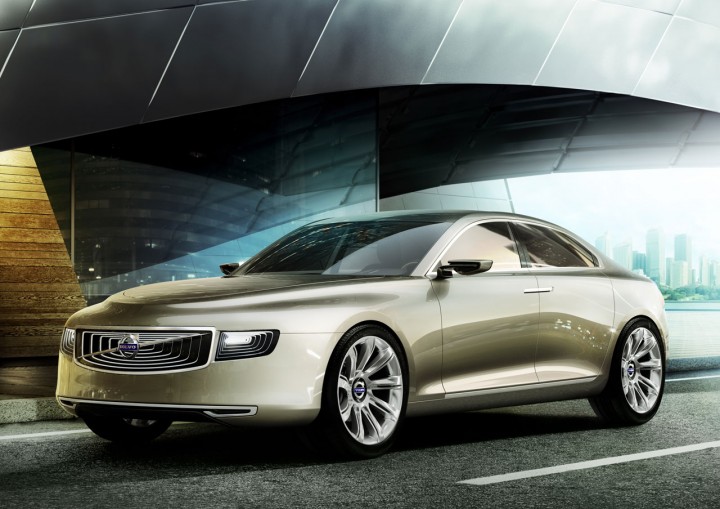 Revealed by Volvo at the 2011 Shanghai Auto Show the Concept Universe is a show car that previews the next generation flagship sedan, and showcases simple lines inspired by Scandinavian design. 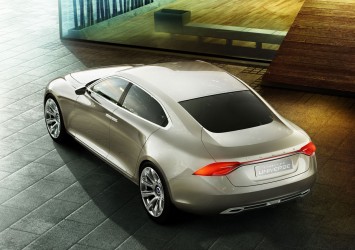 The Swedish carmaker, recently acquired by Chinese Geely, has unveiled the Concept Universe, a show car that introduces a new design language for the company.

This flagship sedan is characterized by very clean, essential surfaces, an original approach given the current trends which see most carmakers using aggressive shapes, crisp lines and complex interplays of convex and concave shapes.

This aesthetic language – defined by Volvo as “human-centric” – is influenced by the Scandinavian design heritage, as well as by a number of the brand’s past models. 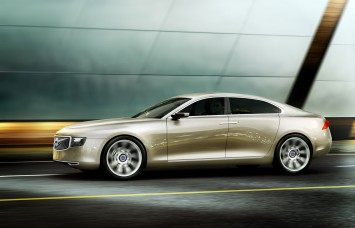 Among the main elements are the coupé-like roofline and an original front end where the headlights and the grille showcase a design made of concentric shapes.

“The Concept Universe has been designed to spark a subconscious desire and a feeling of eternal beauty.

“It moves towards the future with its coupe-like roofline and contemporary, solid rear, but it also echoes Volvo’s proud heritage by borrowing design cues from classic models of the past.

The interior of the Universe echoes the simplicity of the exterior.

It is driver-orientated in the front and comfortably relaxed in the rear – a dualism underlined by the contrast between the dark grey of the front seats and the light tones of rear section, where the surfaces mould into the seats, becoming part of the seating environment.

A distinctive element is the floating center tunnel that runs across the entire cabin, integrating the gear shift, the front armrest and a rear LCD touch screen.

The wood-finished surfaces of the dashboard and the door panels run uninterrupted by buttons or air vents.

All the controls are integrated in the large LCD touch screens or hidden in the polished inserts that run along the doors, and that feature a Scandinavian-inspired geometric pattern. 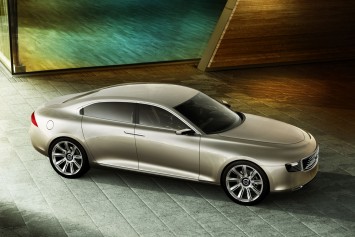 The Universe was created to compete in the premium segment and in the global market, with a particular attention to Chinese customers.

Below we report a set of official videos that show the Concept Universe in motion and document the development process of the concept. 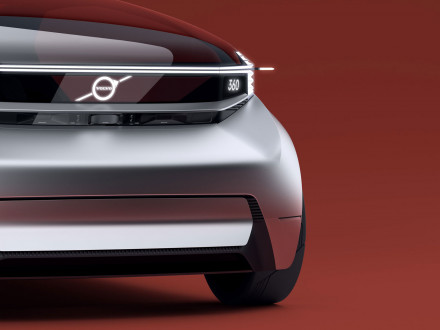