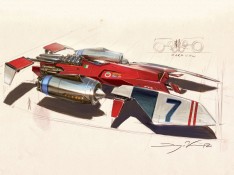 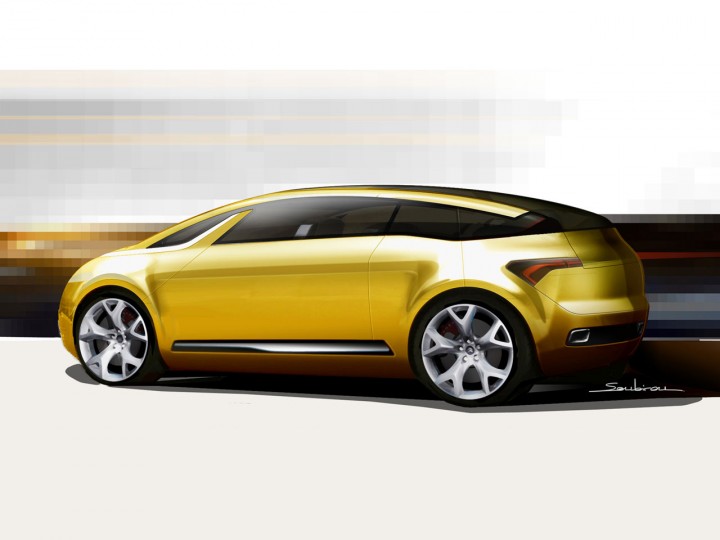 On the occasion of the debut of the Citroën DS5, we publish a set of design sketches of the C-Sportlounge Concept, the show car revealed in 2005 that strongly influenced the design of Citroën’s latest tourer.

Presented at the 2005 Frankfurt Motor Show, the C-SportLounge was an interpretation of the grand touring car, with an aerodynamic exterior (Cd of 0.26) and a luxurious, original interior with four seats.

Many design elements of the car, such as the elongated and clearcut headlights and tail lights, the silhouette and elongated roofline, and the chromed inserts have been adopted on the 2011 Citroën DS5.

The rétro-futuristic design of the interior, as well as the clean exterior surfaces and the rear-hinged rear doors remain elements unique to the C-SportLounge concept car.

Check the full gallery or read the original press release below. 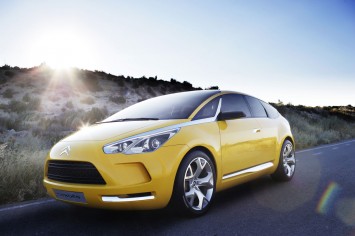 The new C-SportLounge concept car, which stands out with its evocative name and distinctive body style, features powerful, aerodynamic exterior lines and a cockpit-inspired interior designed for the pleasure of the driver and the well-being of the three passengers. The C-SportLounge combines dynamic character with high levels of onboard quality.

The wide tracks and curved flanks of the C-SportLounge convey a sense of power, while the flowing lines and elongated roof optimise aerodynamics, a Citroën speciality. Special care was taken with the air flow, resulting in a drag coefficient of just 0.26. 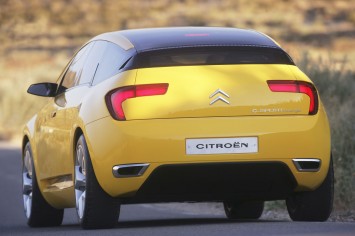 The determined look of the front end is emphasised by the broadened air intake and elongated, clearcut headlamps.

The large windscreen placed well to the front rises high and melds into the sunroof in a single unbroken line, offering a broad glass surface, enhancing visibility and letting in maximum light.

The luxurious interior of the C-SportLounge, designed to seat four adults comfortably, expresses the grand touring spirit of this concept car. 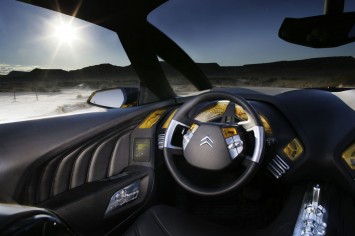 The on-board ambience is a harmonious mix of noble, dense, worked materials and more mechanical styling for the driving position.

With reverse-opening doors at the rear, the C-SportLounge offers unexpected accessibility for a vehicle of this type. Long-distance journeys can be approached serenely thanks to more than generous boot space.

The driving position was inspired by aviation design and dictated by driving pleasure. Driver and passengers alike will feel like they are in an aeroplane cockpit. 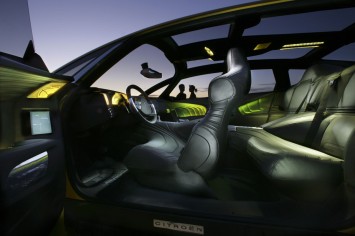 This impression is heightened by the special treatment and location of the analogue instruments. The semi-raised driving position boosts driving sensations while enhancing comfort and safety.

The driver’s seat and central console are all of one piece, so that the automatic gearbox and climate controls remain within reach, regardless of the driver’s chosen seat length adjustment.

The interior has been designed to let the driver concentrate on the road: the steering wheel has fixed central controls and gear-changing paddles. 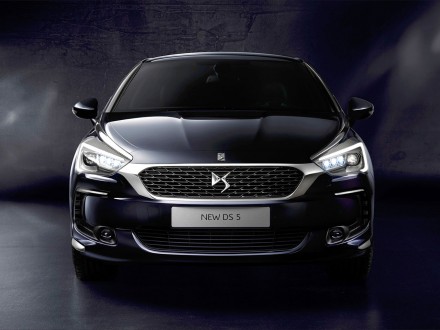 Ahead of the Geneva debut Citroën has revealed the restyled DS flagship model, introducing a stand-alone identity characterized by the new front end.