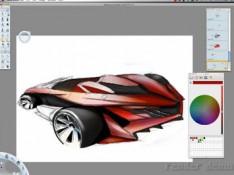 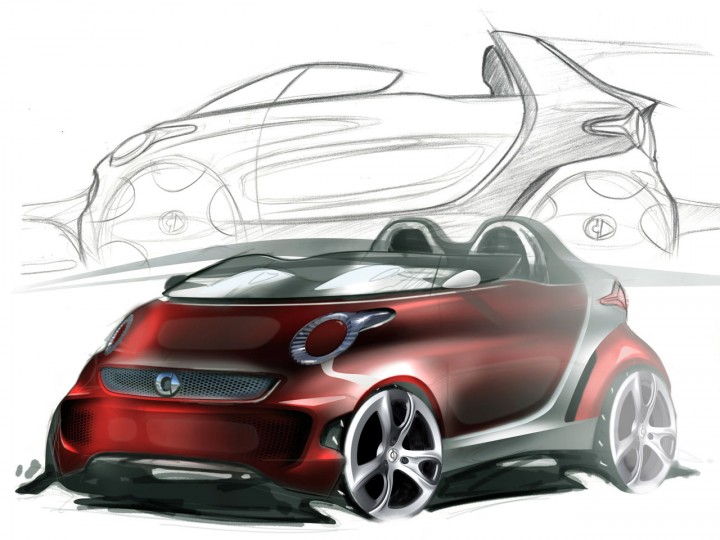 The Smart Forspeed Concept is an open two-seater with an electric powertrain and an essential and aerodynamic design inspired by aircraft construction. 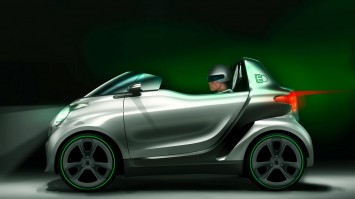 Making its debut at the 2011 Geneva Motor Show, the Smart Forspeed is a proposal for a small, fun-to-drive electric city car with an essential, sporty and futuristic design.

The Forspeed has no roof or side windows: the conventional windscreen is replaced by a low wind deflector in the style of a classic propeller aircraft.

The body is made of glass fibre-reinforced plastic and was optimized for aerodynamic efficiency: it has no joints, door handles, and the surface shapes and finishes as well as other details are inspired by aircraft construction. 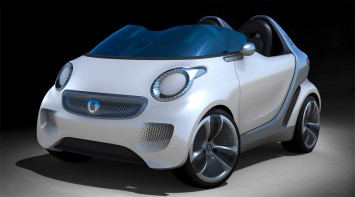 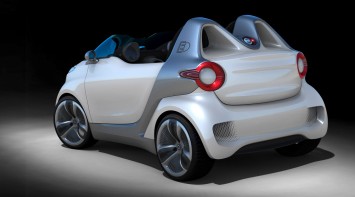 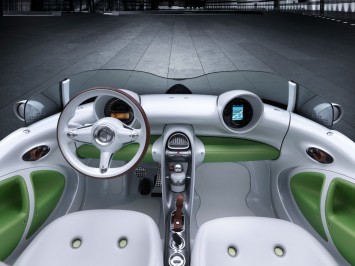 The interior extends the design theme of the exterior. The trademark Smart styling elements are complemented by a futuristic look and water-proof materials. Additionally, the cabin can be protected against the weather with a tonneau cover.

The electric drivetrain features a rear-mounted 30kW motor that propels the Forspeed to a top speed of 75 mph, accelerating from 0 to 37 mph in 5.5 seconds.

The 16.5 kWh lithium-ion battery can be charged through conventional 220 Volt sockets and allows for a boost function which provides an extra 5 kW of power for a short time. The range is 84 miles and the quick charging (80%) takes just 45 minutes. 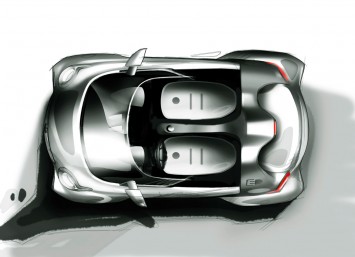 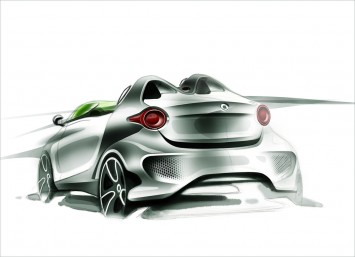 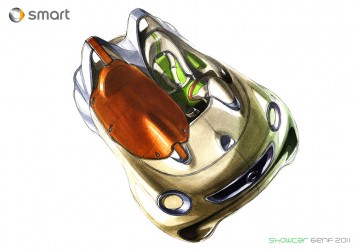 With its high-gloss white metallic paintwork the smart forspeed also builds a bridge to the two-wheel escooter and ebike studies that were presented at the Paris Motor Show.

The front and rear lamps have a very striking design. The outer rings are illuminated by a large number of rod-shaped LEDs whilst the centre of the lamps is white.

The indicators seem to push outwards like arrows – like drops on the cockpit window of an aeroplane as it takes off.

In the front and rear bumpers numerous holes with a honeycomb structure serve as air inlets and create an interesting progressive pattern.

At the same time this pattern gives the forspeed a particularly wide appearance and a powerful road stance. The smart forspeed is fitted with front tires in size 205/35 R 18 to match its dynamic look. On the driven rear axle the tires measure 235/30 R 18 for full grip. 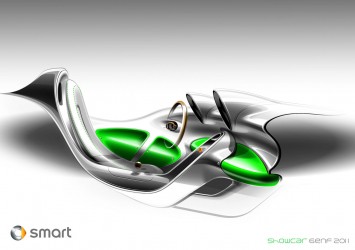 The exterior and interior of the smart forspeed are designed as a formal unit. This is manifested in numerous details: the Tridion safety cell flows from the outside behind the roll-over bars towards the front to the cockpit and forms the centre tunnel as a load-bearing part.

The outer and inner door sections connect seamlessly to form a single component, just like the floor and side walls.

The leather seats also have a one-shell design and are a modern interpretation of purist sportiness.

The air inlet in the wind deflector ends in the central outlet in the centre console and can provide even more fresh air for the interior when needed. 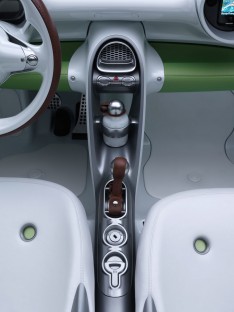 The high-gloss white of the exterior paintwork also dominates in the interior. It is accentuated by green elements such as the sporty four-point seat belts for driver and passenger or the large horizontal shelf under the cockpit that provides stowage space.

All the control elements that the driver uses particularly frequently, such as the gear lever, door openers or steering wheel come in natural brown leather.

By contrast, load-bearing structural components such as the Tridion safety cell or the curved trims on the instrument hoods are in matt platinum silver. Functional elements such as the steering wheel buttons and the shift lever with gate are painted in silver shadow.

There are no outer door handles – the door is opened using an interior grip.

The control for the electric parking brake is particularly convenient to operate and also has a simple and functional design: the switch on the centre tunnel is reminiscent of the lever used to pull in the landing gear of aircraft.

There is a block with ten LEDs in the middle of the instrument panel. When the forspeed is started the LEDs shine through the translucent paint and show the battery charge status of the electric smart. When switched off noting is seen of the charge indicator except its outline.

The whole interior of the smart forspeed can be protected against rain and sun with a tonneau cover that can be stretched over the interior and fastened to the body with straps.

The sportiness of the interior is also reminiscent of classic aircraft construction: the driver and co-pilot sit in front of two separate round turbine-like instrument clusters.

Whilst the driver has the speedometer firmly in his field of vision, the passenger is responsible for communication and navigation: this area of the cockpit features a smartphone. It can be swivelled by up to 90 degrees in its holder and towards the driver so that the driver can also take a look at the display of the navigation system. 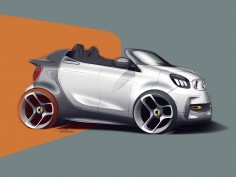 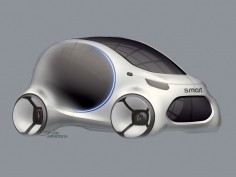 The autonomous concept vehicle by smart features an electric drivetrain, advanced connectivity and a futuristic design with pivoting doors.